Karl Rove (full name: Karl Christian Rove) is an American Republican political adviser, lobbyist and policy advisor. From 2000 to 2007, he served as a senior adviser to President George W. Bush. From 2004 to 2007, Rove also served as Deputy Chief of Staff. At the White House, he oversees the Office of Strategic Planning, the Office of Public Liaison, the Office of Political Affairs, and Intergovernmental Affairs. In addition, Rove is the deputy chief of staff for policy and is responsible for coordinating the White House policy-making process.

Before Rove was recognized as the “architect” of President Bush’s 2000 and 2004 campaigns, he served as president of the Austin-based Karl Rove + Company. This is a public affairs firm that works for Republican candidates, nonprofits, and nonpartisan causes. Rove currently serves on the Executive Committee of the University of Texas President’s Council. He is also a board member of the Texas Parks and Wildlife Foundation and the Texas History Museum Foundation. In addition, Rove is a member of the McDonald’s Observatory Visitors Committee and the Texas Philosophical Society. 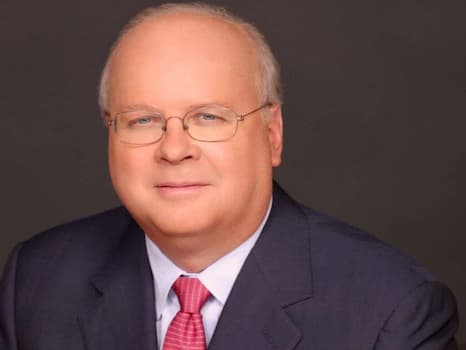 Rove’s parents were born in Denver, Colorado. The second of five children, he grew up in Sparks, Nevada. However, Rove’s parents separated when he was 19 and his adoptive father was a geologist. In 1965, his family moved to Salt Lake City, where he entered high school and became a skilled debater. Rove’s mother suffered from depression and considered suicide more than once in her life.

In December 1969, Rove’s adoptive father left home, and his mother divorced shortly after. She moved back to Nevada, where Rove’s siblings lived with relatives briefly after the divorce. He learned from his aunt and uncle that the person who raised him was not his biological father, but his adoptive father. Rove and his older brother Eric are the children of another man. On September 11, 1981, Rove’s mother committed suicide in Reno, Nevada. This comes shortly after she decided to divorce her third and final husband, just three months later.

Rove married his third wife, lobbyist Karen Johnson, in June 2012 in Austin, Texas. George W Bush and Steve Wynn attended the ceremony. His first wife was Houston socialite Valerie Mather Wainwright, whom he married on July 10, 1976. However, Rove and Wainwright divorced in early 1980.

In January 1986, Rove married his second wife, Darby Tara Hickson, a breast cancer survivor and former employee of his company. They have a son, Andrew Madison Rove. In December 2009, they divorced. Currently, Rove and his wife live in the Georgetown area of ​​Washington, D.C., and have a house near Austin, Texas.

Rove writes a weekly column for The Wall Street Journal and is a contributor to Fox News. He is also the author of the New York Times bestselling book, “Courage and Consequences: My Life as a Conservative in the Fight.”

In March 2021, Donald Trump intensified the war with the Republican establishment by attacking Rove, who criticized Trump’s first post-office speech as “long-winded and lacking in vision.” Trump filed the complaint in a statement issued by his office in Palm Beach, Florida.

“He’s an arrogant fool with bad advice and always has an agenda,”

Rove wrote in a Wall Street Journal opinion piece that Trump’s speech at the Conservative Political Action Conference was unpopular. He noted that in a poll of CPAC participants, only 68 percent wanted Trump to run for president again in 2024, while 32 percent either didn’t want him to run or had no opinion. Notably, Trump in his CPAC speech reiterated baseless allegations of electoral fraud in his November loss to President Joe Biden, even though his team advised against it.

Atheist Christopher Hitchens claimed in a 2007 interview with the New York Review of Books that Rove was “not a believer.” However, in 2010, Rove told ProCon.org in an email exchange that Kamy Akhavan had misunderstood one of his words. It’s about feeling that the beliefs of other White House staffers are stronger than his own. Rove said he was a devout Christian who attended the Episcopal Church in Texas and the Bible-focused Episcopal Church in Washington.

Rove is an American political adviser and advisor. He also served as a senior adviser to President George W. Bush. Thus, over the years, he has amassed a considerable fortune.Rove’s estimated net worth is $8 million.

who is karl rove

Rove is an American Republican political adviser, lobbyist and policy advisor. He was a senior adviser to President George W. Bush from 2000 to 2007.

Currently, Rove and his wife live in the Georgetown area of ​​Washington, D.C., and have a house near Austin, Texas.

Yes. Rove has been married to his third wife, lobbyist Karen Johnson, since June 2012.

Thanks for visiting we hope our article Karl Rove Bio, Wiki, Age, Spouse, WSJ, Fox News, Trump and Net Worth

Roku channels free list 2020View 3+ more How can I watch local channels on Roku without antenna? The best way...